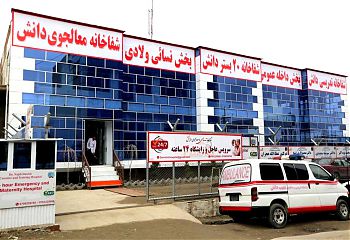 The Danish University department of computer science was established in 2013 and is an outstanding group of students, educators, scholars and researchers who learn and work and practice  computer science professions and want to make the world a better place for living.

Computer science students study theoretical and practical foundation and techniques of computation.  It is about the basic theories of formation, design and use of computers. A computer scientist specializes in the theory of computation and the design of computational systems. Students with a degree in computer science can work in government as well as in private sectors. They can be employed as software engineers, software testers, project managers, and application developers.

At Danish University students are offered pre-requisite courses before they go on to clear their majors. Some of the core courses are Discrete Math, Calculus, C, C++ and Probability.

Majors offered at KU Department of Computer Science are:

Computer Science graduates can choose have a regular job and work as web, mobile application, video game and operating system developer et cetera. Some of the job areas computer science graduates get are as follows:

Danish University is equipped with a reliable networking system with models by approved topologies such as Cisco.

There is both Cable and Wi-Fi networks for quick communication and administrative issues faced.

The University’s Web-based Disciplines are as follows:

We are Education, create your passion and inspiration. And hope success will come for your dream. Please send email and get latest news.